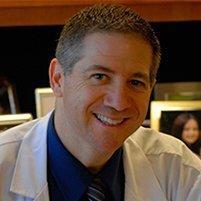 Hemorrhoids can cause significant discomfort. Dr. Sherman uses advanced treatment techniques so men and women in the Greater Los Angeles area can find relief from symptoms like pain and itching and manage their chronic hemorrhoids to help prevent them from recurring.

What is a hemorrhoid?

A hemorrhoid is a collection of swollen tissue and blood vessels that descends into the anus, resulting in symptoms such as itching, pain and sometimes bleeding. Sometimes hemorrhoids bleed under the skin and rupture when touched. These are called thrombosed hemorrhoids, and sometimes, they can cause bleeding without pain or itching.

Hemorrhoids occur when pressure on the intestine is increased, such as during chronic or sometimes acute constipation that causes straining or as a result of significant weight gain including weight gain during pregnancy. They can also occur more commonly in people who stand for long periods of time and they're more frequent in people over the age of 50.

How are hemorrhoids treated?

Is it safe to treat hemorrhoids with over-the-counter products?

Some over-the-counter products may be effective in reducing symptoms in the mildest forms of hemorrhoids, but it's still important to have your hemorrhoids evaluated to ensure the symptoms you're experiencing aren't caused by another underlying issues such as rectal cancer or colon cancer. Any type of bleeding, with or without other symptoms like itching or pain, should be evaluated by a doctor to ensure you're not overlooking what could be signs of a serious and even life-threatening medical condition.

We accept most major insurance plans, however, at this time, we are not providers for any HMO plans. We will gladly bill your insurance plans for you, however, you will be responsible for any co-pays and/or deductibles.

Please familiarize yourself with your plans policies for GI care. Pre-certification may be required prior to treatment or testing. All billing inquiries should be directed to our office during normal business hours.

Words from our patients